Hunter is officially as old as it took to cook grow him. 40 weeks.

Well, he's actually 2 weeks older than that now (I'm behind in everything, so why not this too). 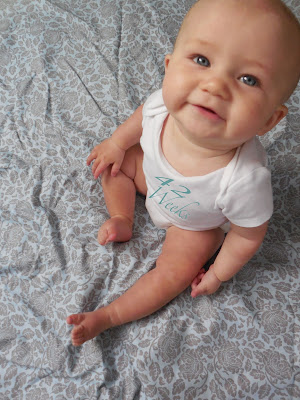 The first 40 weeks (ie: the pregnancy) was the longest 40 weeks ever.

The second 40 weeks, have flown by.

And for those of you who don't count anything in weeks beside vacations, he is just shy of 10 months.

Little man is learning so much, it's crazy to watch him process information and use it. Never again in his life will he be learning so much in such a short period of time.  Its actually fascinating to watch.

Movement is the new hot topic in our house.  He started crawling a few weeks ago, but still drags his left leg a bit and uses it as an easy way to sit back up without much effort- like a kickstand of sorts. He pulls himself up on everything and tip toes around while holding on to whatever he can find. He will take steps while holding your hands.

Now that he is all over the place, he has found the kitchen and loves to play with drawers, cupboards and the wine bottles at the end of our kitchen island (so pretty much everything he is not supposed to play with). He also spends a good chunk of time each day stealing bones, balls and toys right out of Ketchum's mouth.

Eating foods is still a work in progress, as he doesn't have enough teeth to really chew through much, so he's still doing lots of purees.  He's working on his 3rd tooth as we speak, and he already has two very adorable bottom teeth that show when he grins.  He will eat nearly anything if is has applesauce in it, but unfortunately I think we have discovered he has some food allergies to dairy and eggs.

Here are the last 9 weeks of bald headed cuteness.  In case you want a full refresher, you can check out all 42 weeks. 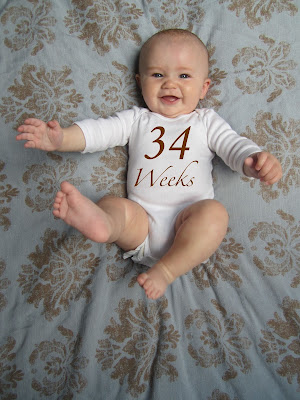 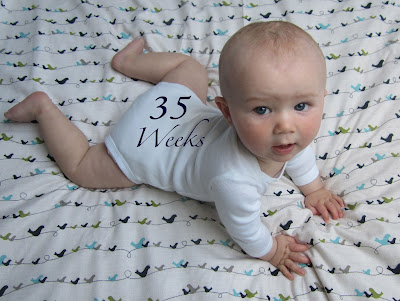 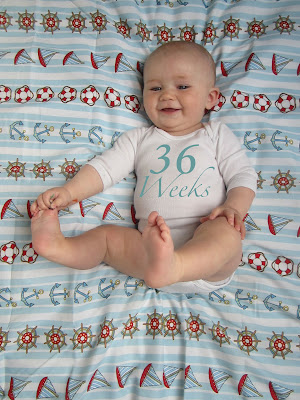 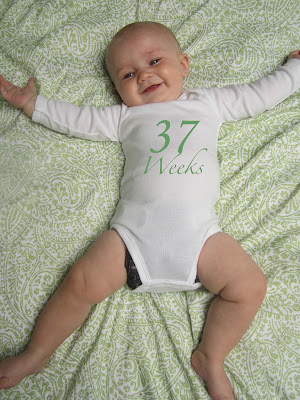 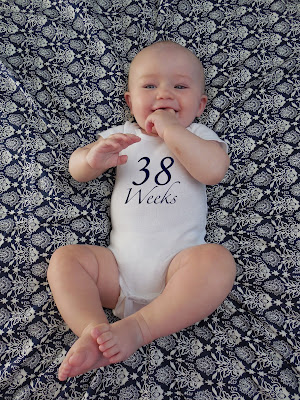 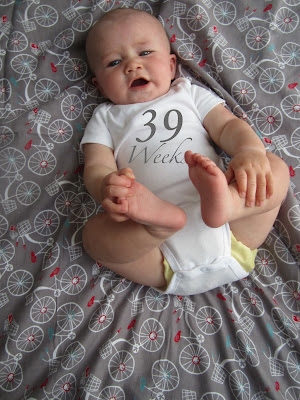 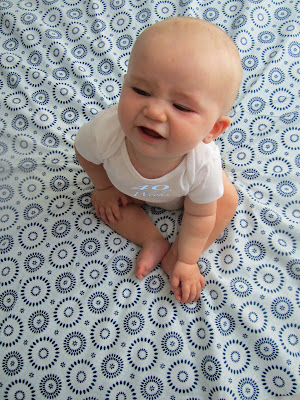 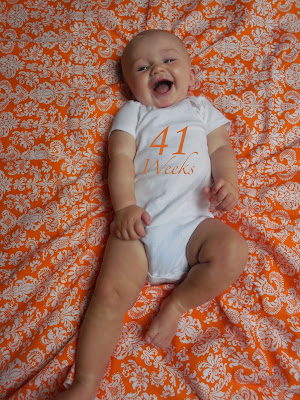 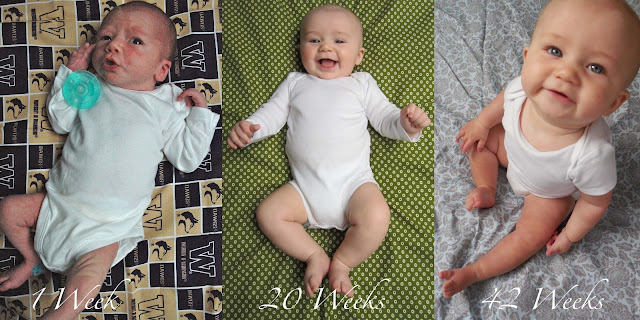