The come back kid

Guess who made a come back? 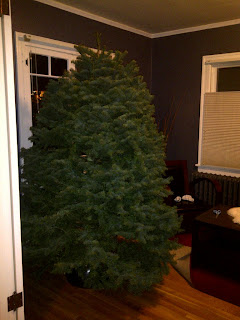 Chris just couldn't bear to give him up, because we realized that really it wasn't his fault.  It was our fault, we were bad tree owners.

That, and Chris was not too keen on strapping him back on top of the car and taking him back to HD. AND,  I think he was embarrassed to return a Christmas tree.

So we decided that we couldn't give up on him quite yet.

We decided to reposition him (again) in the stand and give him one more chance.  We got him all set up and then Chris decided that he would give him a trim to balance him out a bit more. 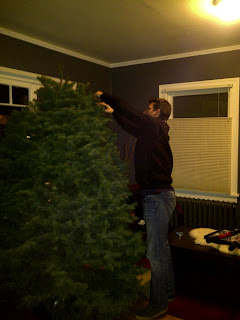 Then we gave him a stern talking to, about not falling over or we would take him back.

Then, we left him and went to Costco. We decided that if he was still standing when we returned, then we would keep him.

Harry must have listened really well, because there he was, shining in all his Christmas tree glory (still slightly lopsided), and he hasn't moved an inch since. 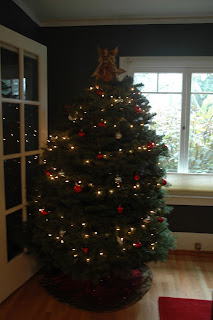 So we kept him. And we decorated him.  And we give him his own watering system.  Because we love him. 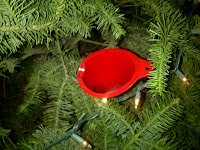 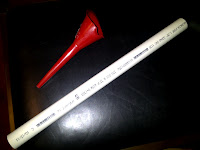 We didn't return our Christmas tree this year, but we almost did.  Its like those millions of times my parents threatened to "pull the car over" but never actually did. But trust me.  If Harry dive bombs me again, he is so out of here.
Email Post